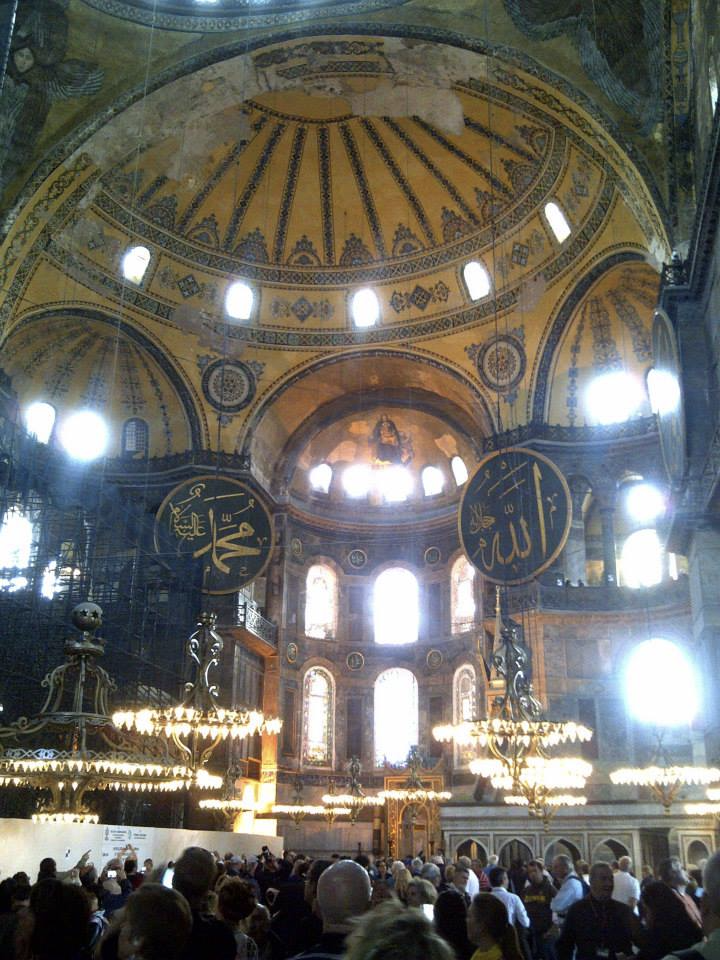 The invitation to Giftival came at the last minute, and felt near-impossible.
But Manish wrote me:
hi robin-
try to come! : ) i have a feeling that the gift of this event will be very useful for your journey into the gift. sometimes one has to be crazy and impractical. we would love to have you with us.
love,
manish

I took the crazy & impractical challenge, and made it happen.
Aysegul came to meet me, on a busy street, appearing like a mischievous Turkish faery. She led me through narrow streets, to a room in the upstairs of a cozy restaurant, just as dinner turning into dancing. The celebration was in full swing.

There was Chris Carlsson, who started Critical Mass in San Francisco, and Stephanie who’s working on Mutual Aid Networks in Madison WI. There was Judith, a French storyteller living in Istanbul, weaving tales through our gatherings, Aerin and Yeyo from Oaxaca, friends of the Zapatista movement and bringing Mexican hot chocolate, prepared in the traditional way. Edgard from Brazil, who invented a game, Play the Call, where kids become superheroes to help their communities. Bayo from Nigeria, a young shaman-writer-dreamer-visionary. Charles Eisenstein, author of Sacred Economics, convener and inspirer of gift economics thinking. Kamyar from Iran, who shared a story about how his uncle, a Sufi architect, would arrive at a space and just sit there and wait, for as long as it took for the “gift” of a vision to arrive: for the space to tell him what it wanted to be.

The experience was surreal- like crossing through a magic portal, into some kind of alchemical lab where encounters, play and conversation could spark something life-changing.

It was Istanbul in October 2013, only months after the uprising at Gezi Park. The memory of that moment was still palpable – the shock of the violence, but the spontaneous solidarity and sharing- and the feeling of possibility remained, of resistance, creating something new. Some of our hosts were involved in a new time-bank initiative, Zumbara “a community in which talents and experiences are shared, where time is used instead of Money.”
Aysegul gathered us in the gardens of the Sultan’s palace, regaling us with stories about Ataturk, Turkey’s founder. She told us about the concept of ahilik, a Turkish system related to the history of the craft cooperatives, bringing together commerce, artistic expression, community values and spirituality.
The idea was to “celebrate the Gift paradigm” – to come together in a kind of celebration, and through the encounter, create new relationships and networks. The conveners brought together “a global citizenry of activists, filmmakers, thinkers, and teachers, who share a common bond: they are living and acting out of gift. Within their communities, workplaces, and projects, they are quietly part of a global shift that encompasses gift.”

Caption:
Manish is a big believer in massage- a great free gift. Here gifting a head massage to Chris from San Francisco. With Judith and Bayo, and the youngest Giftival participant, from Tamera eco-village.

I came to understand some of our hosts came from The Art of Hosting tradition, using the tools of the “un-conference” where anyone can propose a session, & people follow their intuition to choose where they’d like to go, and are welcome to move/leave at any time… which help create the gathering’s organic structure.

Some knew each other from the Berkana Exchange – a program that “connected pioneering leaders throughout the world around their shared commitment to making a difference in and beyond their communities”. There were emissaries from the Findhorn community in Scotland, and Tamera eco-village in Portugal, both intentional communities – who shared some of their experience trying to put “gift economy” into practice, not always finding it easy to find the balance of generosity and sustainability. There was a whole contingent from India, some part of the “Moved by Love” movement, including the creators of the “halchal café” a “slow food gift culture café, started as an experiment to rebuild trust, friendship, health and connection- run by volunteers. There is no bill for the food: instead we ask you to make a contribution from your heart to help cover the costs for the next café.”

Munir from Palestine, one of the beloved Giftival “elders”, shared stories about the Mujaawarah, from the Arabic, the practice of neighboring – how we learn alongside each other, not by “teaching and learning”, but sharing experience side by side. It was a profound conversation, and in some ways, described the gathering itself- how we influenced, touched and inspired each other through the ongoing conversation, how each others’ experience became part of the fabric of our own.

The conversation kept shape-shifting – from discussion to dancing, wandering the streets of the old city, sharing a beautiful Indian meal, prepared by our Indian friends, served and enjoyed in silence. Somehow it wove together questions of finance, money, solidarity and “gift-economics”, with reflections on the “inner gift”, the creative gift, something more mysterious and harder to articulate.

For me, still early in the journey of making the film, it was a precious gift, as transformative as it was unexpected- sparking encounters that would change the course of my life and my film.

I’d started out looking for outer forms of “gift economy”- one passage of The Gift had especially marked me, I’d underlined the passage in the book:

“There have been times and places in which a person came into his or her social being through the dispersal of his gifts, the “big man” or “big woman” being that one through whom the most gifts flowed. The mythology of a market society reverses the picture: getting rather than giving is the mark of a substantial person.”

My spark of interest was to go looking for these cultures, places and economies – traditional and new- where that “gift economy” actually functioned, and see if I could capture it, explore it, get inside these places and see how another paradigm might work. The tradition of the potlatch: what it meant to practice that tradition in the 21st century, put those values into practice, keep the gift circulating, in the digital ago. Burning Man, the “pirate utopia” inspired by Hyde’s ideas, where gifting is the currency, with creativity and art at its centre. Giftival was a gift economy unlike anything I’d experienced… and at the same time, through its extraordinary participants, somehow brought me back to “the inner gift”- and the question of how I’d explore that question, in the film.