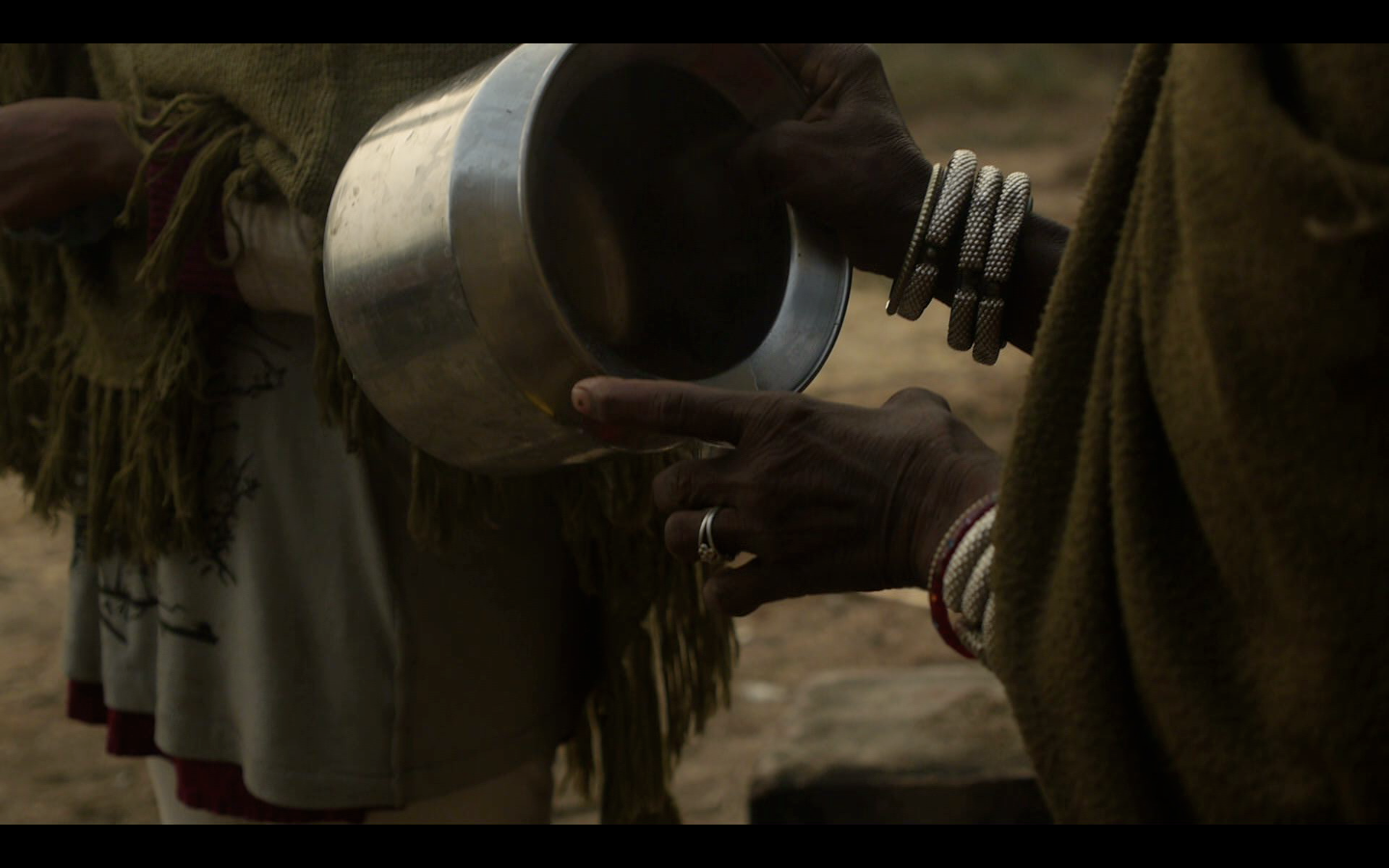 The gift moves toward the empty place.

Swaraj University (inspired by Gandhi’s principle of swaraj, or “self‐rule”) is an “institute of un-­learning”, in Udaipur, India, raising fundamental questions about education and development.

At a moment when India is pursuing relentless growth at all costs- displacing rural communities, undermining the values of village culture, in the name of economic growth- Swaraj is part of a growing resistance movement. “What Gandhi and Tagore and many other freedom fighters around the planet envisioned-­‐ that work is still undone, and there’s a lot more that we need to explore,” says creator Manish Jain.

Swaraj calls itself “an experiment to create a gift-based university”. As part of their learning process, students take a 10-­day bike journey into rural Rajasthan, with no money or technology,­ to become more aware of the wisdom, generosity and richness present in some of India’s most materially “poor” communities, and discover what the gift economy can actually mean. As students tie up their bundles, Manish collects cellphones and wallets: “Are you empty?” he says. “We come into the world empty-handed, we leave empty-handed.”

Manish, founder of Swaraj University and the “cycle yatra” bicycle journey, helped build the Economics of Happiness movement gaining traction worldwide.  “Seeing how there are many more pockets of commons, and working vibrantly, in rural areas. So connecting to that, and experiencing it on a deeper level-­‐ to reveal what might be possible for our communities.”

Arpita left her PhD program in Bombay to join Swaraj, despite her parents’ objections. As departure approaches, she’s increasingly nervous: “Because I’m vulnerable, I’m alone, in a sense, with a group of people who I may or may not know. And can I really trust these people, the world…to just take care of me?” Her friend Apurna has health issues and is not physically strong; she worries about slowing down the group.

“The idea of the cycle yatra is to bring people into that larger circle of the Gift,” says Manish. Yatris will offer help where it’s needed, accepting what they are given. Along the journey, they might find themselves digging irrigation ditches and being offered a place to sleep, receiving hot chai in the morning, having conversions about the caste system with their upper-caste host, bathing in roadside fountains. The process will involve trust: giving freely, and knowing what they need will find itself back to them. Stepping outside the “transaction economy” might challenge them on several levels: not least, bringing up the difficulty many of us have allowing ourselves to receive.

As the journey progresses, Apurna is no longer able to cycle: someone has to carry her on the back of their rickety bike, someone else has to balance her cycle alongside theirs as they ride through hills and valleys. Her co-travellers assume these challenges in the best of spirits. In fact, it’s the purpose of their journey.

“Right now, we really need those relationships,” says Arpita. “We need to support each other. So I need to know how to ask. I need to know how to give.” As Apurna increasingly feels she’s a “burden”, becoming convinced she needs to leave, other yatris are so touched by their encounters they will return home transformed.